Founded in 2016, 2F Participações is a Brazilian company part of the Oliveira Filho Group, acting in the promotion of real estate development in the country.

Our performance is based on the noblest values: ethics, serenity and respect for the client. To honor the commitment and maintain the trust.

To be the best in what we propose to do, with an absolute focus on our activities, enabling the development of our partners, based on ethical principles, with respect to the environment and social responsibility to the community. 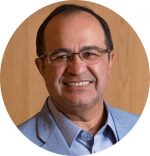 Lawyer graduated in SP - Brazil. Partner of 2F Participações and founder of the Oliveira Filho Group, which has 3 companies in Brazil and 1 company in Canada. 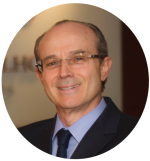 Lawyer graduated in SP - Brazil, has been advocating for public servants and pensioners for more than 30 years. Partner of 2F Participações and Scolari Neto & Oliveira Filho Advogados.